A Guide for the Seeker of True Colours. The second part of the trilogy BODY & TECHNOLOGY focuses mainly on work with interactive video.

Work with the most tawdry video apparatus and a video signal processed live, emanating directly from the stage, is complemented by minimalistic movement and live music. The dance itself brings to life a current of images projected on the stage, and is in turn influenced by them. The movement and the projection are closely linked – the dance usually serves the video as a bearer or initiator. Video, on the other hand, is like hyperbole of the movement. We feel as though we are in a swirl of colours, psychedelic images and fragments of situations, which wandered here from some home videos or supermarket security system. Reminiscent photography appears here at the start, and clichés of the entertainment industry. The carboneous stone of the performance is an attempt to perfect visual conception, and at the same time to damask typical approaches to work, normally related to it. The music is a dialogue between electronics of the time (clicks´n´cuts, microsampling) and play on historical, analogue apparatus.

Press:
„Thanks to the devilishly quick transmission of a computer signal, finally we can modify an image live while it is being produced. Although it could of course trepan into the VJ equilibrist, Hybler maintains the minimalist character of the dance and maximum respect for its poetry. Individual images are framed with love music and the whole effect is a very relaxed dialogue between body, technics and stage symbols. Although the project  in terms of its chosen form has an almost laboratorial nature, its performers provide very subtle humour with a wholesome dose of unease.”
Ondřej David / A2 Cultural Weekly / 10_2006
„The question of whether or not man really has authority over machines or rather they over him, is not a new one. This time, though, it is set up interestingly. A professional dancer appears here, who knows how to handle her own body, to express herself physically, she is in harmony with the body.  In this, the indifference of the apparatus is all the more apparent. When Švábová appears onstage through a camera, she begins to play with it for her own pleasure. However, she thus becomes an object that is monitored. The climax comes when a small remote controlled car begins to drive into her with a mini camera attached. The dancer first protests against the deformed projection, but quickly accommodates it. Her true conduct stops making sense, yet creates a pleasing image on the canvas.”
Jiří Adámek / The World and Theatre / 03_2006
TRAILER
https://vimeo.com/62204125
FULL PERFORMANCE
https://vimeo.com/415058422?fbclid=IwAR2MqwAqzd3YQwtG0cJt67lcoZW6gknH5iAGQDkcK3j2j47rKBsFKLq3w1s 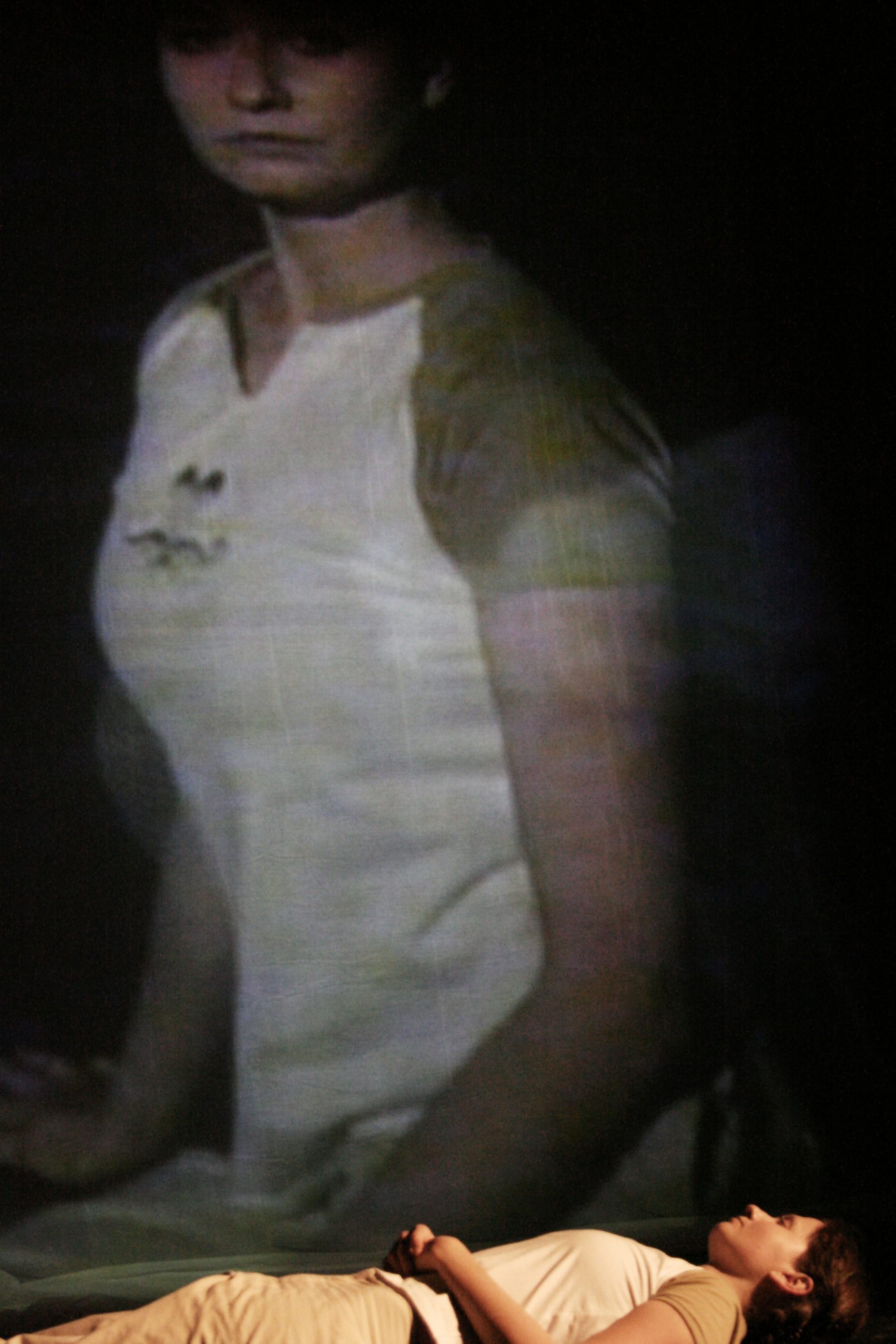 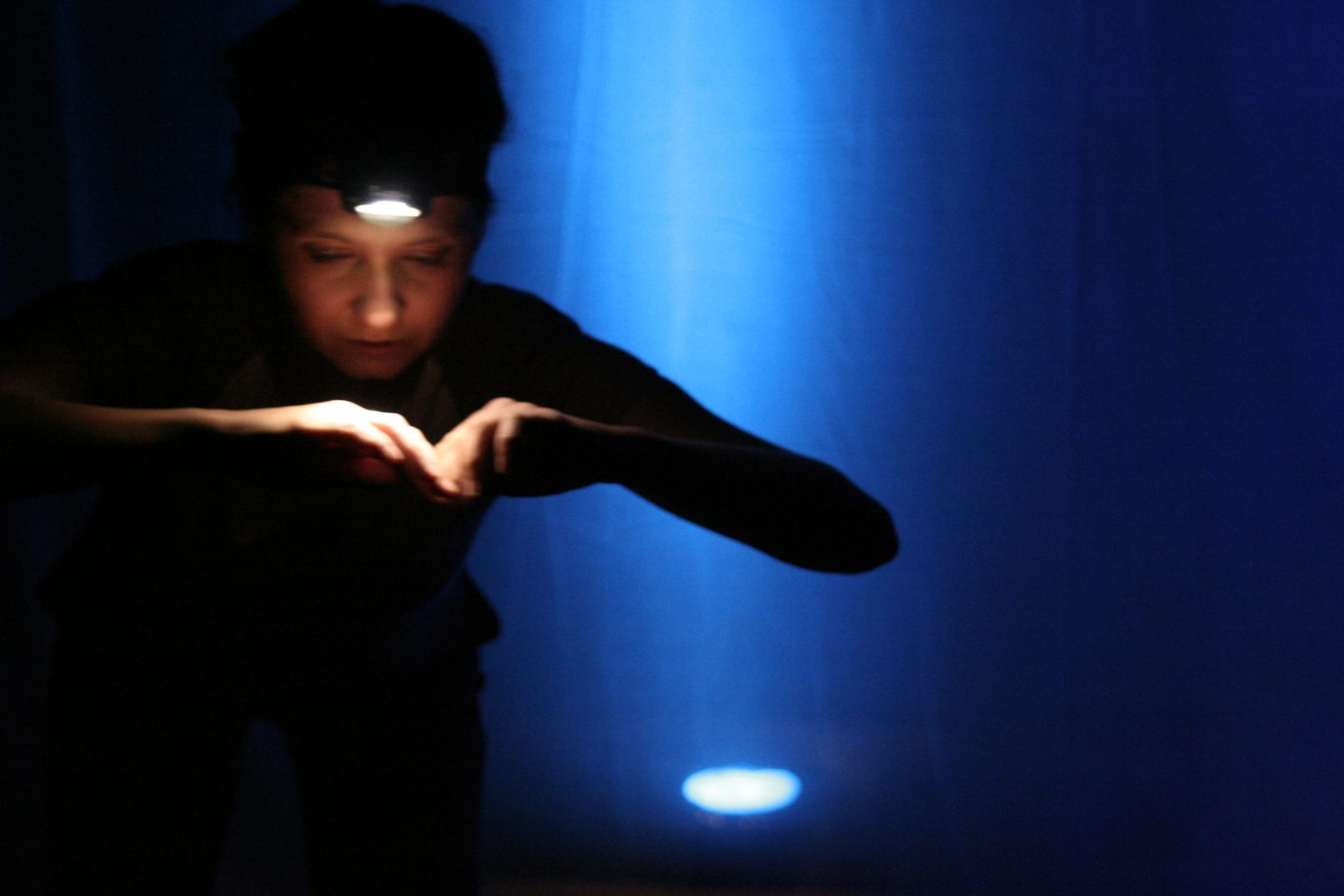 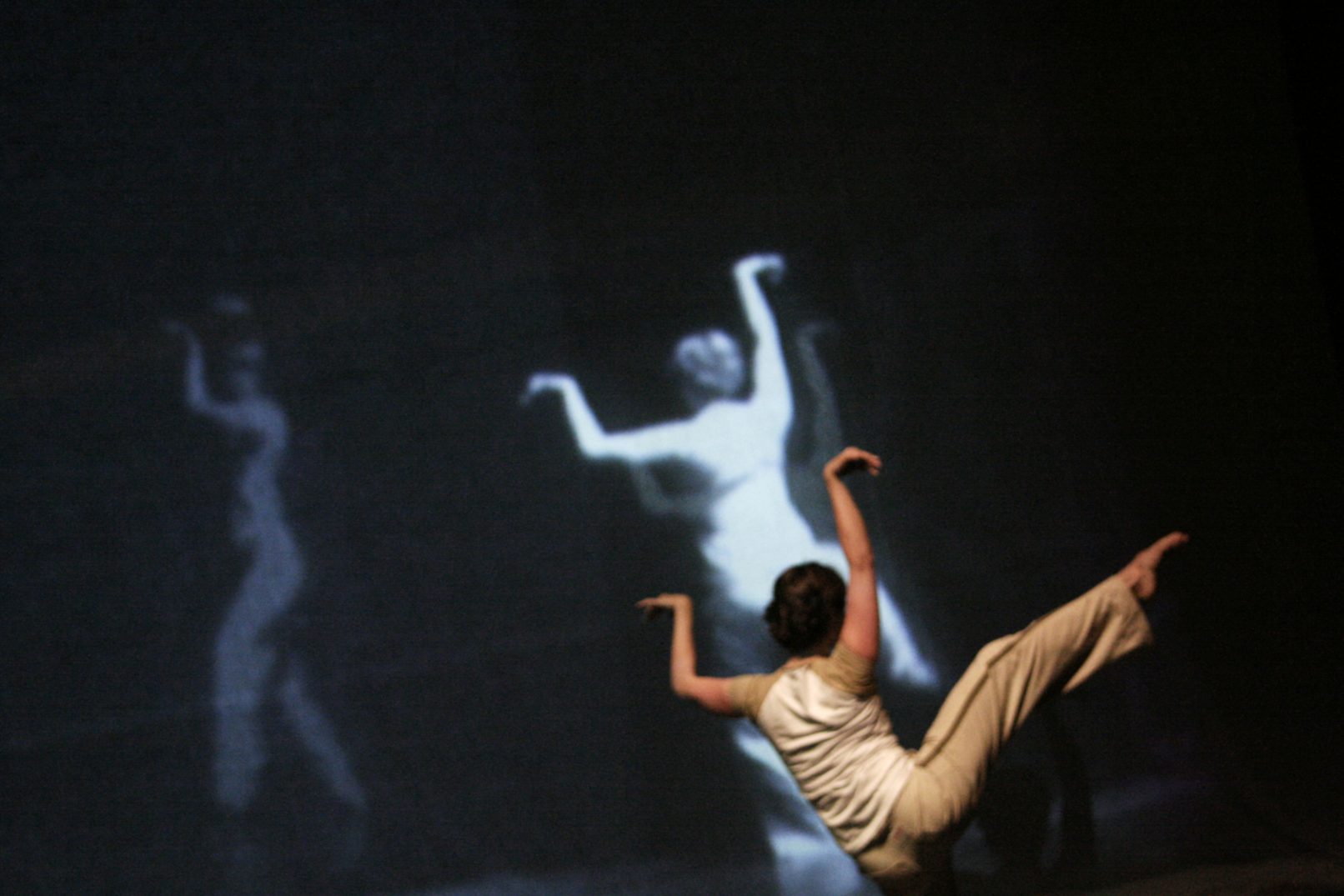 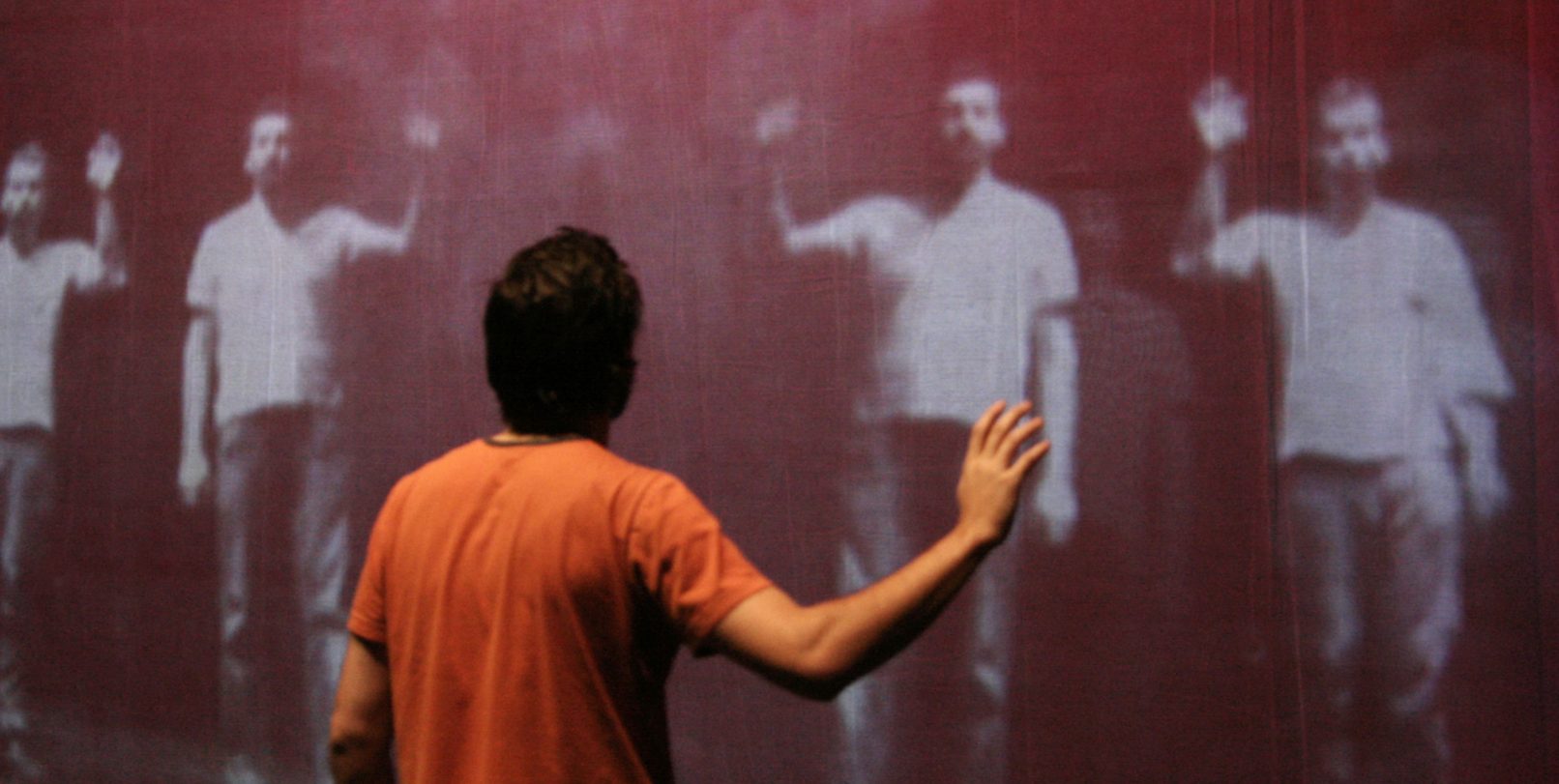 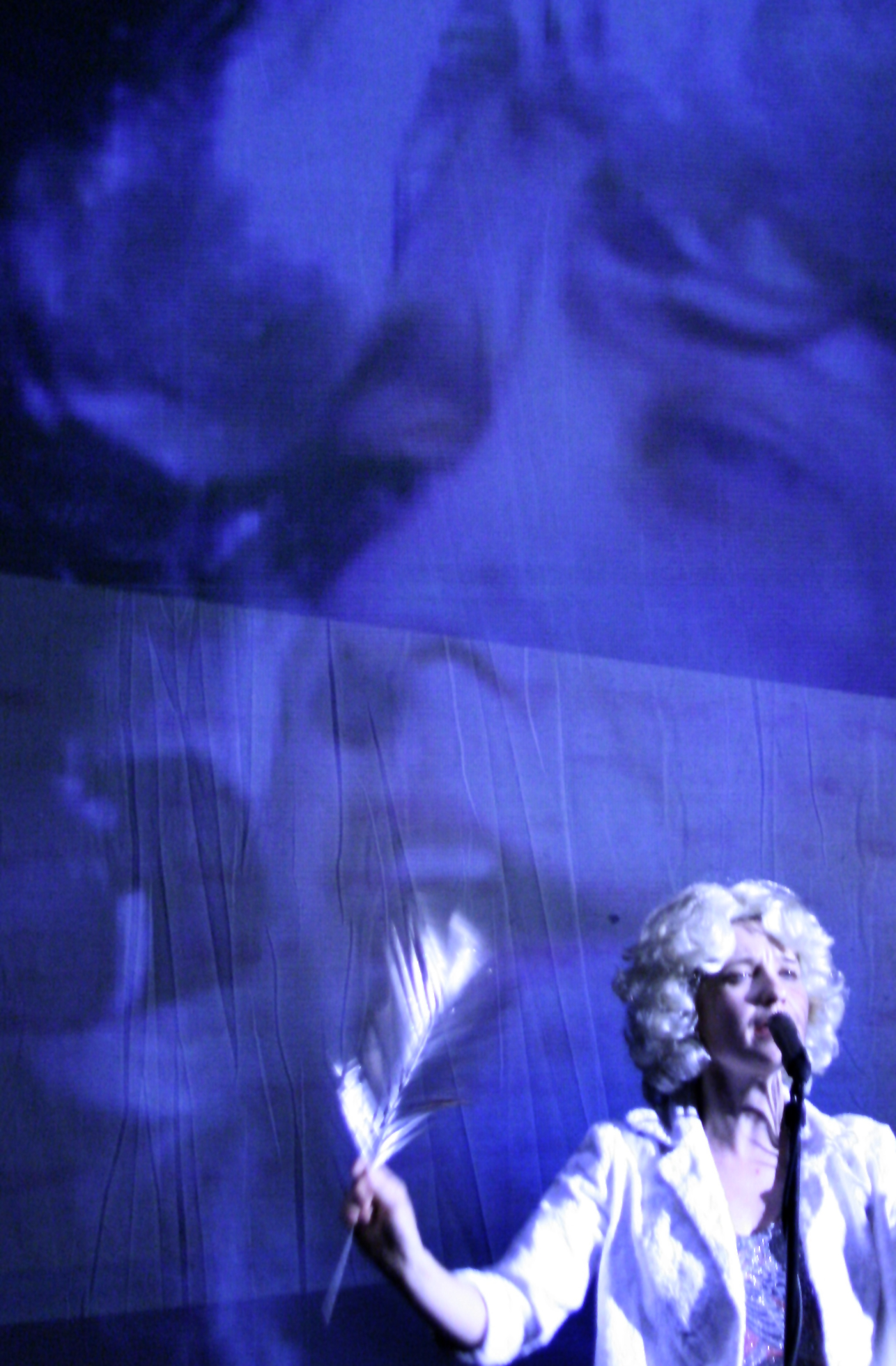 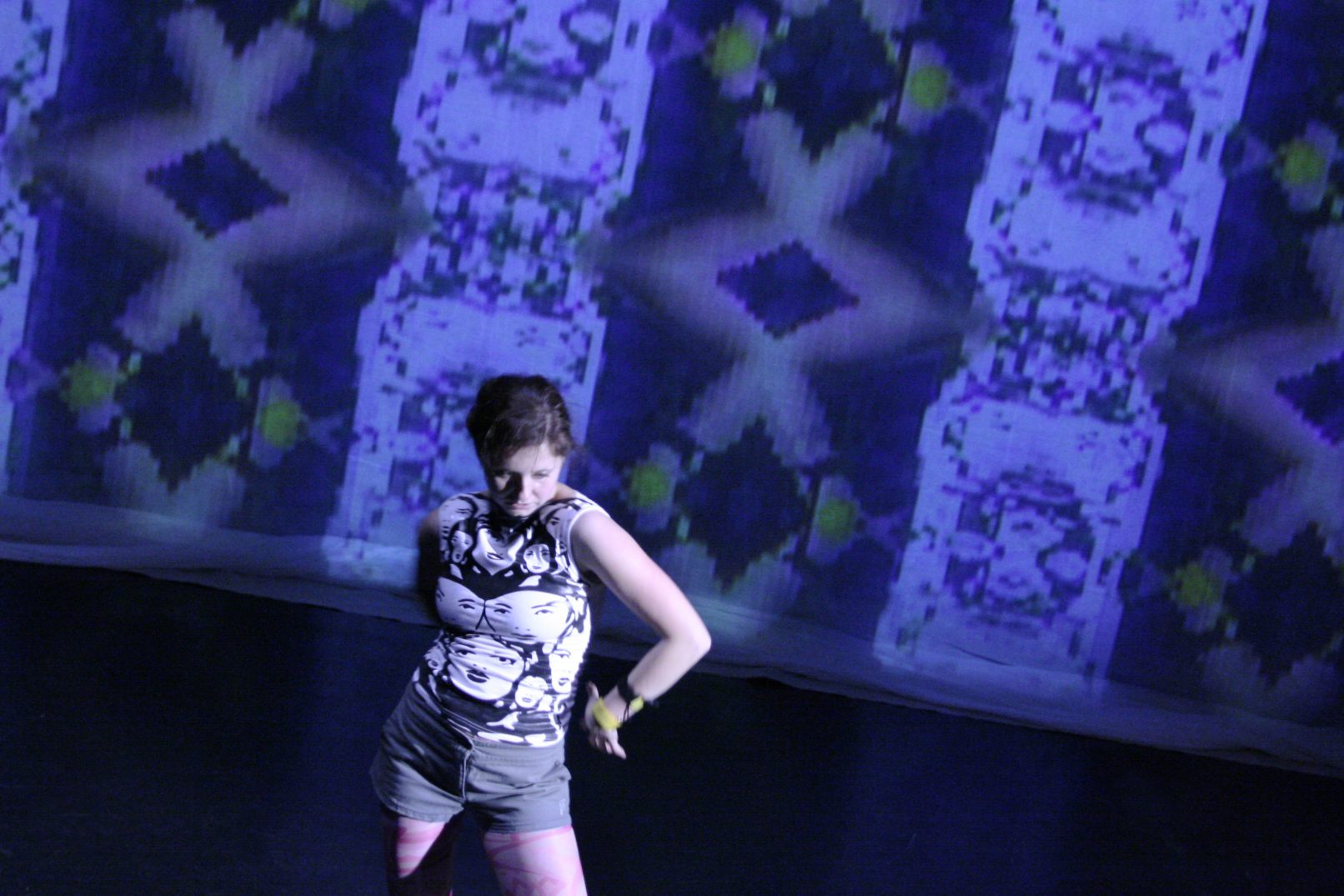 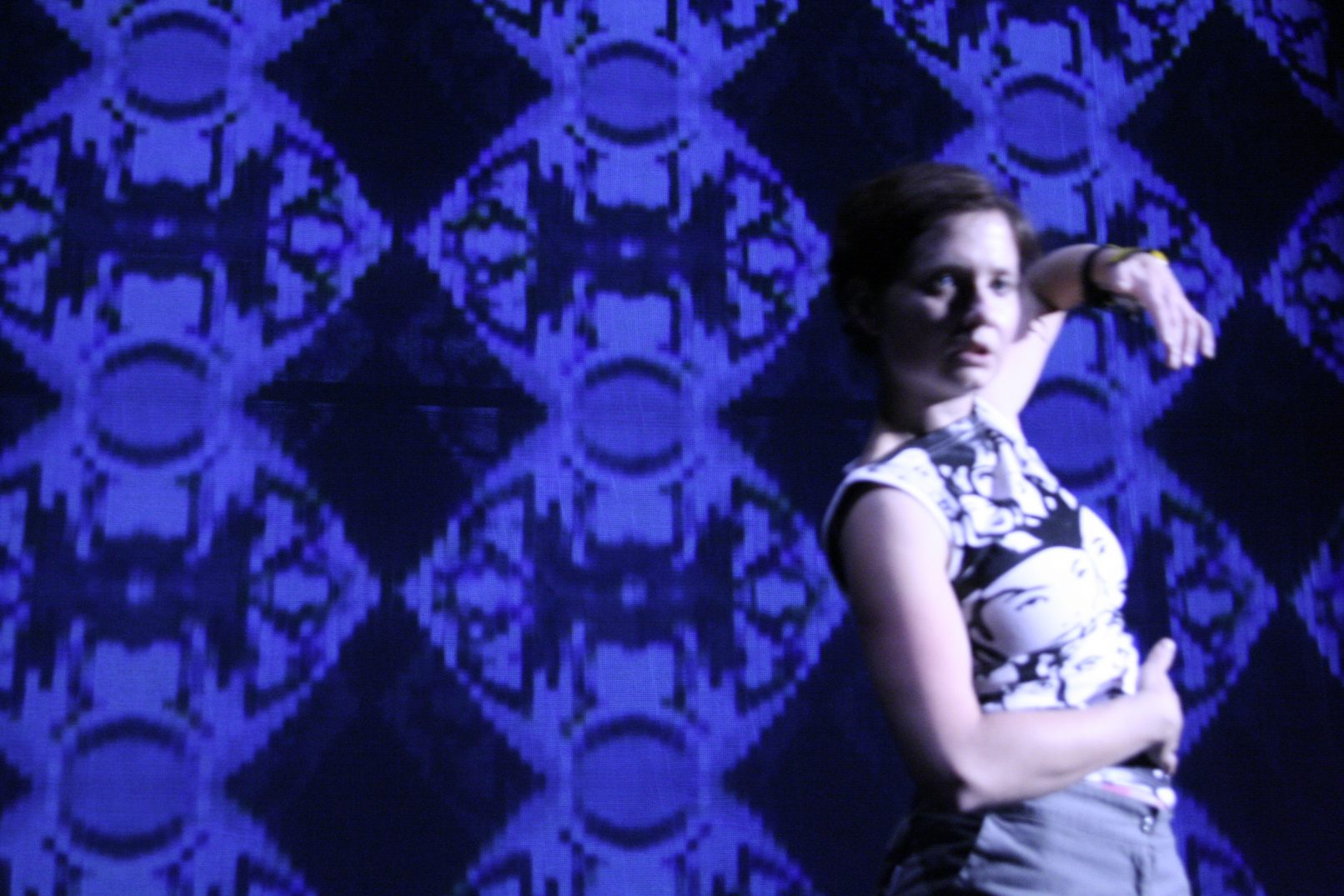