“Only those who enjoy life can be truly happy!”

Czech folk entertainment, including pretty songs and refreshments. An improvised performance event of indefinite length and scope that flows smoothly into film screenings, refreshments, or sports.

A folk performance with music, refreshments, and a raffle. A psychedelic version of Hrabalian “pábení” (chatter, palaver), creaking folk songs, Czech revival humor, and fun for everyone. Salami, trumpets, and hearty humor best understood by inhabitants of the Czech lands. Nobody knows how long it will last unless they stick around until the end. A folk performance that is not idyllic, but raw and cynical and sometimes derisive or just dark for no apparent reason.

“Šibřinky” is an old Czech word for the voice of the sparrow, and meant something like “tomfoolery, clown act, or harlequinade.” Nevertheless, the word – which is found as far back as in the writing of Comenius – probably has its roots in the German word “Schabernack,” meaning prank or practical joke.

Šibřinky is partially based on previous free-style performance Ye Who Are Warriors of God, and so it explores the dark sides of Czech culture, folk customs, folklore, and the minor secular rituals of our fellow Czechs – and ourselves. In Šibřinky, the half-forgotten concept of “pábení” makes a comeback, enriched with a sense of the darkness found beneath all social conflicts. 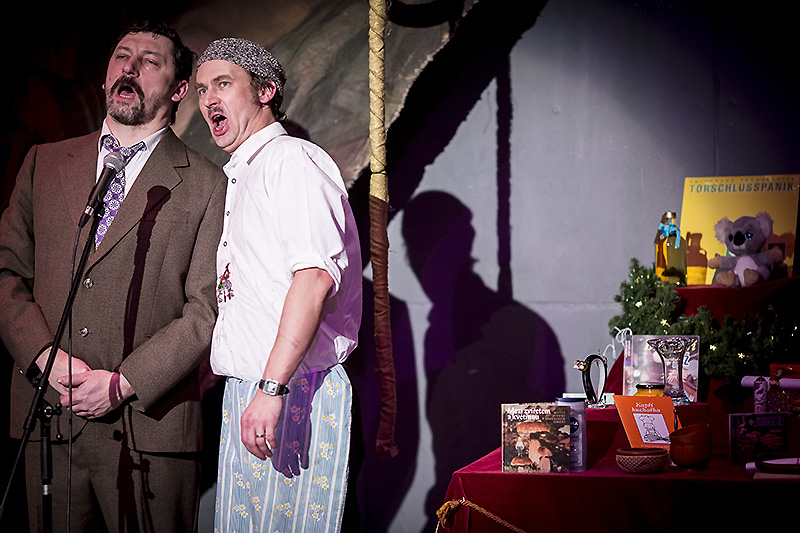